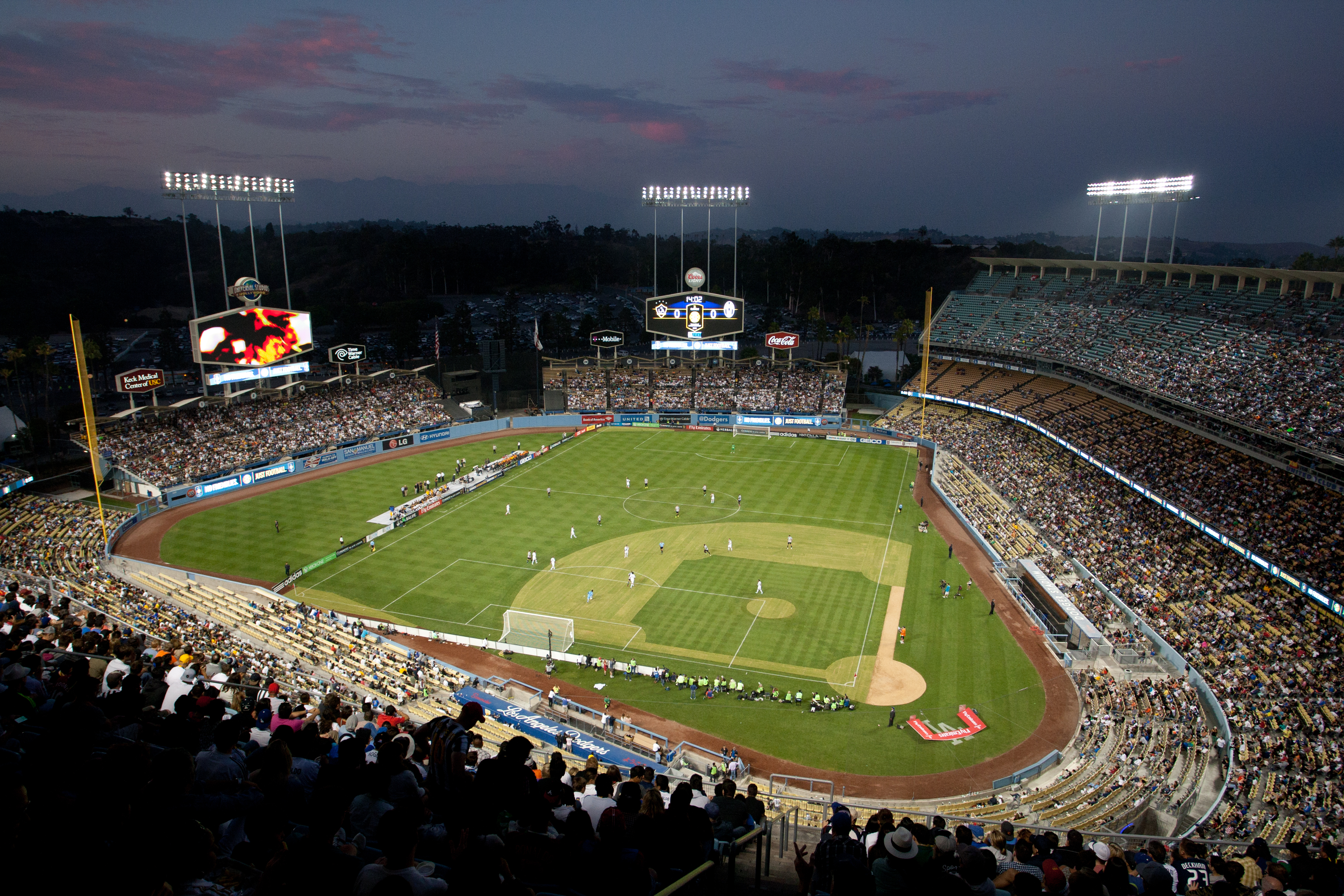 Posted at 07:33h in Columns by Expanded Roster
0 Likes
Share

Okay great, that’s out of the way. The end of the 2019 Dodgers season was as dramatic as possible, having gone the distance in the National League Division Series but coming up short. Fingers are being pointed in multiple directions — who is to blame for the first-round exit of a team that was groomed for the World Series? Frankly, Max Muncy said it best in a postgame interview: “We win as a team, and we lose as a team.” The Dodgers, who seemingly are the MLB’s Exeunt Pursued By Bear, set themselves up for failure yet again in the postseason and it was a team effort. The ghosts of 2016-2018 haunted them, and Dave Roberts, an earnest manager who wanted the best for his team, let his emotions get in the way of analytics and paid the ultimate price.

Let’s break down just how fantastic the Dodgers were this season. They won 106 games — the best record this club has ever seen. The Dodgers secured the NL West Sept. 10, three weeks before October baseball started, and were the first team to clinch a division in MLB. Cody Bellinger is still one of the leaders of the National League in the MVP discussion (as this column has discussed), and Hyun-Jin Ryu, even with his four-game slump, won the MLB ERA race with 2.32 earned run average, and is currently a Cy Young finalist. They had some of the best veterans in baseball — David Freese, Russell Martin, Clayton Kershaw, Rich Hill — on their roster. Their Opening Day game against the Arizona Diamondbacks featured a major league record eight home runs, and they broke the NL record of 250 home runs on Sept. 4 (they finished the season with 279). Los Angeles was also dubbed “home of the walk-off” this season with 12 walk-off wins. The 2019 Dodgers were TWENTY ONE GAMES ahead of the second-place team, the Diamondbacks. Both on paper and in person, the regular season Los Angeles Dodgers were nothing but brilliant. Sure, they had some bad stretches, but for the most part, this team was cruising toward what seemingly would be their third World Series appearance in a row.

But then the ghosts of Dodgers past appeared.

The Dodgers’ Achilles heel is runners in scoring position, or RISP. For some reason, in high stress situations, the Dodgers love to leave runners on the base paths. It happened in the 2017 postseason, it happened in the 2018 postseason, and frankly, it happens all the time. The Dodgers are terrible at cashing in runs, and they showed that again against the Washington Nationals in the NLDS. In RISP situations, they only had five hits out of 37 opportunities, an abysmal batting average of .135. In terms of individual performance, Bellinger, the Dodgers’ MVP candidate, had a case of the Bad Postseason, with a final BA/OBP/OPS of .211/.286/.549, where his regular line was .305/.406/1.035. In fact, really the only player to truly improve his line was Muncy, whose regular season line was .251/.374/.889 and his post was .263/.391/1.128 (Turner also had minor improvements in OBP and OPS but his BA actually decreased). The Least Valuable Player in all of this was A.J. Pollock, who had zero impact in October. Pollock missed eight weeks due to an elbow infection that required surgery, but he was great in the regular season with a final line of .266/.327/.795. In the NLDS, he was 0-for-13 with 11 strikeouts and a walk, so his line was… basically zero.

But let’s talk about pitching, because even though the Dodgers had minimal run support, the postseason pitching helped set up the problem.

Clayton Kershaw is in his sundown as the Dodgers’ ace. He knows that, everyone knows that. His service and dedication to this team are appreciated because he truly is one of the greatest pitchers the Dodgers have ever had and that baseball has ever seen. Others on the pitching staff are versatile and can make the transition from starter to bullpen (Kenta Maeda is a fantastic example of someone who thrives regardless of their assignment). Kersh has always been the Dodgers’ starting pitcher and ace but he wants to pitch and he is ready to go when needed. The man lives and breathes baseball, which is why watching him give up back-to-back home runs in relief in Game 5 was not only heartbreaking, but it may unfortunately be the new normal as we head toward what could possibly be the last years of his career.

But it wasn’t Kershaw’s fault the Dodgers lost the NLDS. Dave Roberts’ earnestness and hubris did them in.

It was known Kershaw would start Game 2. His implosion in Game 2 was not unprecedented, since his postseason stats are all over the place (his ERA is over four in most of his postseason appearances dating back to 2008). His Game 5 appearance to help get Walker Buehler (who pitched to a solid line of 6.2IP/4H/1R/3BB/7K) out of a jam was only to be three outs. Get those three outs, the Dodgers would still be up 3-1. Kershaw got those three outs.

But then Roberts kept Kershaw in for the eighth, and Kersh gave up two home runs back to back. Roberts said in postgame interviews that he didn’t really look at the numbers and analytics, he just bet on Kershaw. Roberts said “for him to make himself available tonight and (get) us out of a big spot right there, it just didn’t work out. There’s always going to be second-guessing when things don’t work out, but I’ll take my chances any day on Clayton.”

Robert’s hubris carried over to Joe Kelly. Kelly, who had recently been battling an undisclosed lower-body injury that took him out intermittently the last couple of weeks of the regular season, was known for his World Series heroics for the Boston Red Sox last year. His homecoming (Kelly was born and raised in the Inland Empire and constantly wears his IE pride on his sleeve — his Players Weekend jersey nickname “909” is his hometown area code) was supposed to boost the Dodgers’ ring chances. While Kelly struggled at the beginning of the season, he found a groove and the Joe Kelly Fight Club West was established, lowering his ERA to 4.56 at the end of the season (he was in the 8.31-8.44 ERA range at the beginning of the season, drastically improved to a 1.00 ERA in June, and posted ERAs in the 2-3.6 range after the All-Star Break). He came into the ninth inning of Game 5 after a few inconsistent appearances — a solid Game 1 with a 0.00 ERA and 2Ks was followed by a disastrous Game 3 with two runs and three walks, an ERA of 18. With the score tied 3-3, Kelly came in and delivered. Three outs. In the bottom of the ninth, the Dodgers failed to score, even though they had runners in scoring position, and the game went into extras.

Kelly, like Kershaw, was left in the game. Kelly is known for being a one-inning reliever in tight situations, but is usually taken out after that appearance because anything more can turn into disaster. Roberts kept Kelly in the coffin and the final nail was delivered — after doing virtually nothing for the Nats (and actually helping the Dodgers by committing three errors in the series), Howie Kendrick hit a grand slam off Kelly in the top of the 10th inning, and the Nationals punched their ticket to the NLCS with a 3-2 series win (and subsequently swept the St. Louis Cardinals in the NLCS en route to facing the Houston Astros in the World Series).

When asked about why he kept Kelly in the game, Roberts’ earnestness shone through again. When talking with the Orange County Register in the postgame presser, he said: “You’re looking at obviously a tie ball game, and Kelly goes in there, throws 10 pitches, and he’s throwing the baseball really well, I liked Joe right there in that spot. I really did. After 10 pitches there was no stress. Ball coming out well. So for him to go out there and take down that inning and to have (Jansen) take down the other part of the order, I felt really good about it.”

To boil down all this data and finger-pointing, it’s a simple equation. Hubris + minimal run support in postseason = an early offseason for the historic 2019 Los Angeles Dodgers.

Now that the dust has settled a bit, the big question on everyone’s minds is where do the Dodgers go from here? David Freese announced his retirement, so one star already isn’t coming back for the 2020 season. Several players are coming up on free agency (including Ryu, Rich Hill, and Russell Martin) or in arbitration, and the Dodgers’ best player right now is Cash Considerations. Roberts will have to negotiate and live with the fact his choices led to the Dodgers being eliminated so early in the postseason. The team has to find consistency with their pitching and deal with the devil on its shoulder, leaving runners in scoring position. It’s gonna be a long offseason for the Dodgers, but with glimmers of bright stars to come, like Gavin Lux, Dustin May, Will Smith, and Tony Gonsolin, plus the continuing rise of Muncy, Bellinger, and Buehler coupled with vets like Justin Turner, Corey Seager and Ryu, and the redemption arc for Kershaw and Kelly, the Dodgers’ 2020 season may end up being what everyone is waiting for.