William Contreras knew he just needed a home run. He was in the midst of one of his best offensive performances of the season with the Rome Braves and one swing away from the first cycle of his career. Off the bat, the entire press box thought he did it. He barreled up a fastball off the Fireflies’ Conner O’Neil and sent it all the way to the warning track. Left fielder Matt Winaker tried to track it down, but it dropped just inches from the wall, scoring two and giving the Braves a 14-5 lead. He’d have to settle for ending his night with an RBI double, after going 4-for-5.

“I thought I hit the homer,” He admits after the game. “Next time, next time…” He sighs, looking out over the left field wall. 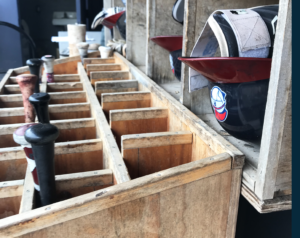 William was only seventeen years old when he was signed as an international free agent out of Venezuela. He’s since developed into the Braves top catching prospect and the #12 prospect overall in a deep farm system. His brother, Chicago Cubs catcher Willson Contreras, was in his seventh year in the minors when the Braves acquired William, for a signing bonus of only $10,000.

“When I started to play baseball, I was only three years old. We were always baseball fans, and both my brothers always played,” He says, sitting in the dugout two hours before first pitch at State Mutual Stadium. He’s referring to Willson and Willmer, both older than him. They grew up in Puerto Cabello, a coastal city in the state of Carabobo. “It’s small, very small, but it is a good city,” He says, a faint smile on his face. Puerto Cabello was once a vital part of a thriving petroleum industry, but port traffic has disappeared since the price of oil collapsed.

When William went back to his hometown in the offseason, it wasn’t the same. “Food prices are getting higher and higher and higher,” He explains. Cities like his have been hit with shortages, and families often wait in long lines to purchase groceries with currency that has depreciated heavily over the past few years. Though his family is safe, Venezuela is often on his mind. “It’s tough because of the political situation, things like that,” He says, reflecting on his experience in the winter. “Now you must be very careful on the streets.”

It’s understandable that William would be worried, Wilson Ramos was kidnapped at gunpoint in 2011. So was the mother of Elias Diaz just this past February. Both were thankfully rescued. At the beginning of the season, Willson told the Sun Times that he called and texted his family after every single game to make sure they were safe. The Ramos incident, he said, occurred close to their home.

Venezuela has long been a source of elite major league talent, from José Altuve to Félix Hernández to Miguel Cabrera, though that doesn’t surprise Contreras at all. “Venezuelans like to work, they like to be a team,” He says, when asked what’s unique about players from his home country. “All of us push together, strive together, that effort is what makes great baseball players.”

Considering the volume of players that have come out of the country, you would think that an organization as profitable as Major League Baseball would be able to offer some assistance, especially for struggling young prospects. William likes that idea. “They could really help,” He nods. “They could donate protein, vitamins, all things like that for players, to keep them strong and healthy.”

Contreras sends a lot of supplies back home. Playing minor league ball, his salary isn’t much. Still, he sends things back home all the time. He feels a strong sense of responsibility for kids who want to follow in his footsteps. “I send gloves, bats, balls, I try to do my best to help,” William says. “Kids look up to us, even to players like me just starting their careers. We have to act the right way, we have to set an example.”

What’s the best advice he wishes that someone told his younger self? “Keep going forward. Listen to your parents. Don’t give up. Be responsible. And keep fighting. Keep fighting all the time.”

The first time he came to the United States, he was only eighteen and he was nervous. He didn’t speak much English yet. “The Braves helped with that, they provide English classes almost every day,” He says. Though William had a translator present for a portion of our conversation, he now switches between English and Spanish seamlessly. Learning a new language was just another challenge that he met head on, it never distracted him from why he came. “Of course, to learn English is tough,” He shrugs, barely even noticing as a foul ball flew over the dugout and bounced into the empty stands. “The work on the field comes naturally to me. That’s why I’m here, that’s why I want to be here, I want to play baseball.” 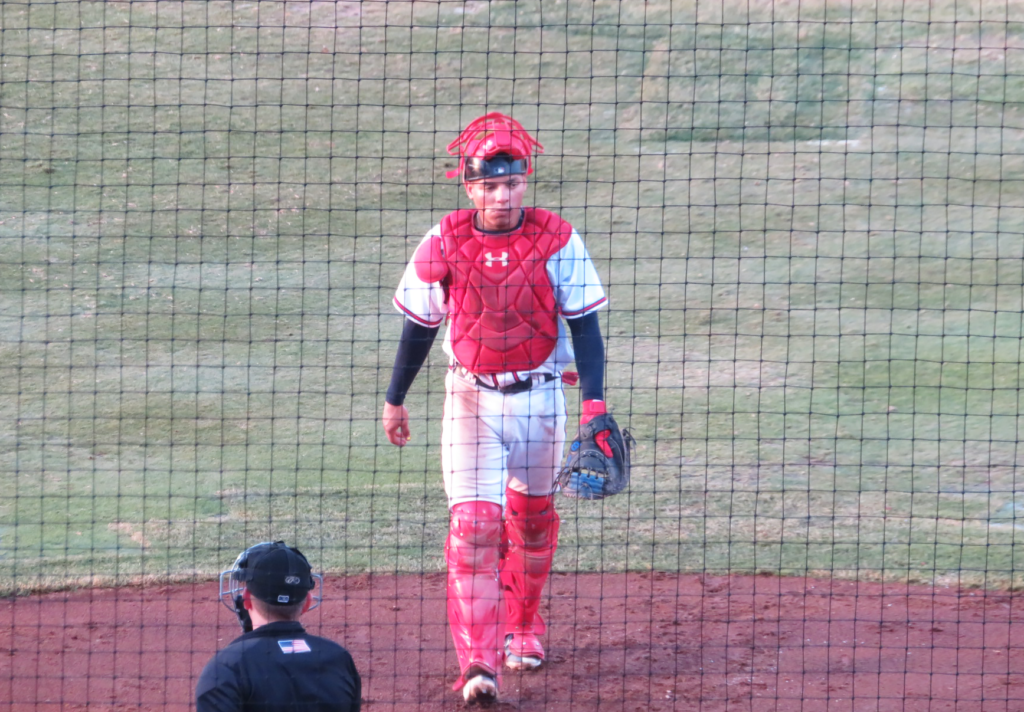 He may only be twenty, but Contreras talks like a veteran when he explains his approach to catching and the attention he pays to the details of the position that sometimes elude even the most experienced backstops. “For example, you have to have good relationships and good communication with the umpires. They can help you with some pitches, when you’re catching and when you’re batting,” He says, when asked about one of the underappreciated skills that great catchers need to have.

“Hitting is one of the most difficult things in baseball,” He says, as fellow top Braves prospect Greyson Jenista takes swings during batting practice. “But being a catcher…you have to be the leader. On and off the field.” To him, it is both the hardest and the most important part of his job. It’s a role that he feels prepared to fill. “I have confidence in myself. I trust myself. I believe that I can lead. I know that I can.”

As batting practice winds down, we talk about some of the big leaguers that he admires. His dream batterymate is Julio Teherán. He really wants to try to hit a homer off Jon Lester. His favorite catchers are Salvador Perez and, of course, his brother. “My brother, he is one of the best catchers in the major leagues,” He says, with a strong sense of pride. Willson has been his younger brother’s biggest champion and an invaluable support system.

“My brother has always given me advice,” William tells me. “He went through everything I’m going through right now, and he knows all the bad moments I might go through, and he gives me advice.” He pauses, looking up at the sky. “I really thank God for my brother.”

The two of them share a lot: the ability to hold runners on base, above-average offensive pop, and now, nicknames. Willson’s known as The Killer to his Cubs teammates, and William? He’s Mini-Killer…for the time being. “My brother is better now,” He says. I ask him if he thinks that will be true in a few years. He just smirks.